Last  fall, I had the honor to be cast in the stage musical: ‘Oklahoma!’. The director of this show was Barbara Berard, with co-directors Kyle Pullen, John Fletcher, and dance instructor Kristi McAlister.  Auditions were held in Judd theatre on September 8th, callbacks in Adams on the 9th, and rehearsals starting Monday the 10th. The normal rehearsal schedule consisted of call at 6:45 until 11 Sunday-Thursday. To warm up our bodies and voices it was suggested/ told to be in the auditorium at 6:45 each night.

A normal rehearsal begins with a group discussion with reminders and suggestions to enhance the performance for the night, we would then run the song, scene, or the dance until it passed the directors standards. Then after the rehearsal time, we would meet again at the front of the stage for comments and critiques.

This was an interesting experience because I have participated in this specific show before in high school! This gave me a very unique point of view because I had something to compare each scene too.

Oklahoma Christians performance was very geared towards alumni and of students and staff. Simply the fact that we did this show for homecoming shows the type of people that we were trying to cater to. Other crowds wouldn’t have been bothered however for our audience we had to “edit” the show, especially cutting or changing repulsive, obscene words. In addition, we had to cut some of the ballet because of the “inappropriate” use of characters. What was interesting to me was that we didn’t pull away from the themes of pornography in this show. Almost seeming like they had a double standard, pulling away from the “bad” words but allowing themes of lust and objectifying women.

This show was full of novice actors. I would say a third of the cast was in a show for the first time. This caused a need for instant discussion about how acting on the stage is different than how one would act in real life. We focused on how to stand, talk, and dance in the most natural way possible. We spent many hours each night readdressing this concept. It was surprising how many of the tricks of this I had picked up from being in shows before, things I would have thought were common sense but I had learned long before this

My favorite part of any show is the costumes. I love the idea of putting on clothes from times past and becoming another person entirely. I love how excited and dedicated the cast becomes once they see themselves in costume. I love how the costume seems to make the show come alive. This year we rented the costumes and most of the props from Lyric theatre in Oklahoma City. They were extremely well made, with attention paid to details that would have been popular to the time. The fabric was very heavy though which made wearing the dresses very hot.

The directors wanted each dress shortened to make the cast appear youthful. This meant alterations had to be done on each piece of girls clothing. The costume designer: Susan Smith worked hard to shorten each piece from floor length to three-quarter length. In addition, she had to do other alterations to fit the costumes to each person to ensure that each performer looked their best on stage.

Because of my role in the chorus, and because of the limited room in the backstage area, I have never seen the light changes in this show. My roommate tells me that the lights in the ballet were so influential in creating the mood. I did, however, participate in hanging the lights as well as taking them down. All in all, there were 15 boxes of lights, 20 rotating lights, and 20 flush lights. These were a gift from our amazing sponsors and the first year they were used was last year. We are supported so much by so many people, the faculty and staff, as well as the communication and pr departments. Overall I think that OC put on a pretty good show! 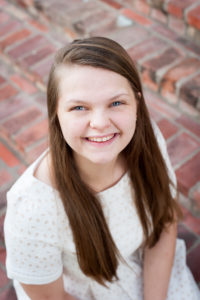